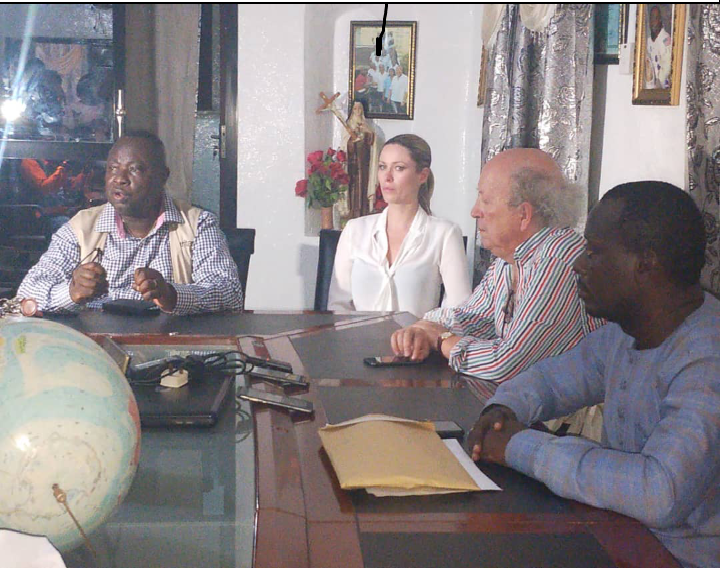 Desert Flower Foundation- Sierra Leone, a non-profitable Organisation working on girl’s empowerment and protection against female genital is now poised to commission its first primary school today, 10 January 2020, at Number 2 Community. The disclosure was made during a Press Conference held on Thursday 9th January, 2020 at the Caritas Conference Hall, Kingtom in Freetown.

Speaking during the conference, President of Desert Flower Foundation –Africa, Rev. Fr. Peter Konteh, who also doubles as Executive Director of Caritas disclosed that Caritas -Sierra Leone was established in 1981 by the Catholic Bishops Conference of Sierra Leone with the mandate to serve as the relief and development wing of the Catholic Church in Sierra Leone, adding that since 2014 Caritas has been in partnership with Desert Flower Foundation in order to raise awareness on the effects of Female Genital Mutilation.

He noted that the Foundation believes that education is key as it enlightens and broadens someone’s understanding in order to make informed decisions.

“It with this regards we are targeting communities that are deprived of educational institutions,” he said adding that they have been working with the Number 2 Community where the Foundation has built a library, safe home etc. He pointed out that commissioning of their first school within the community is a fulfillment of commitment as an organization. He noted that since its inception the Foundation has saved over 1,000 girls beneficiaries across the country from ages 0-18 yrs.

He disclosed that the Kiera Chaplin Desert Flower Foundation School that will be commissioned is named after Kiera Chaplin a resident of Desert Foundation in Switzerland and The Netherlands. Therefore, the school is named with her name to honour the good works she has done for the Foundation.

President of Desert Flower Foundation Kiera Chaplin, said  the Foundation is a non-profitable organisation working on girl’s empowerment and protection against female genital cutting until they are 18 as enshrined in the Child Rights Act of Sierra Leone.

He added that in 2014 the Desert Flower Foundation Sierra Leone launched a sponsorship program to save children (girls) from Female Genital Mutilation (FGM) in the country and the Foundation signed sponsorship contracts with the parents of the girls.

She noted that due to the educational constraints of children in the Number River Community, the Foundation thought it fit to build a school that would salvage such a situation in the and the Kiera Chaplin Desert Flower School which is named after her will be officially commissioned on Friday 10th January, 2020 at the River Number 2 Community.

Other personalities present made salient contributions