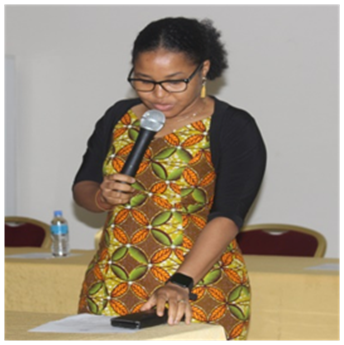 This medium learnt that from the 3rd October, 2022 the Ministry of Health and Sanitation in collaboration with the Ministry of Basic and Senior Secondary Education and partners will vaccinate over 1,500 girls both in and out of schools with Human Papilloma Virus Vaccine for Cervical Cancer protection.

The Deputy Programme Manager at the Expanded Programme on Immunization in the Ministry of Health and Sanitation, Dr. Lynda Grant during an orientation meeting with Education and Health Stakeholders in Freetown last week stated that the main purpose of the vaccination was to vaccinate and protect girls aged 10 years against Cervical Cancer, adding that the exercise will take place all over the country targeting over 1,500 girls.

Dr Grant added that the vaccination will take place in schools, health facilities and in communities through outreach points.

While giving an overview of Cervical Cancer in Sierra Leone, Dr Lynda Grant said that Cervical Cancer is the most common cause of cervical cancer in women in Sierra Leone – with an estimated 1.9 million women at risk and most often caused by a virus called Human Papilloma viruses (HPV).  She reiterated that HPV is a common infection transmitted sexually – 80% of sexually active people will get HPV infection sometime in their lives, adding that most people with HPV do not have any symptoms even when they have the virus.

Cervical Cancer is most often caused by Human Papilloma viruses (HPV) but most HPV do not result in cancer. HPV vaccine protects against the infection of HPV, which causes cervical cancer.

She continued that HPV vaccine is given to girls at an early age, before the start of sexual activity. “HPV vaccine is not recommended beyond early adolescence and older girls and women can lower their risk of Cervical Cancer by using condom and going for Cervical Cancer screening at the nearest health facility,” she stressed.

Dr. Lynda, while pointing out the impact of the disease stressed that the country is burdened with a high number of cervical cancer cases contributing to the increase morbidity and mortality in women and she referenced that according to available data from the Sierra Leone Cancer Registry which states that Cervical Cancer is the 2nd most frequent cancer among women in Sierra Leone and the   2nd most frequent cancer among women between 15 and 44 years of age.

She concluded that over 50 countries around the world have introduced HPV vaccine, including countries in Africa like Tanzania, Liberia etc. She recalled that in 2013/2014, the HPV vaccine was piloted in Sierra Leone in Bo with positive feedback and this is now the roll out and introduction into the routine system.