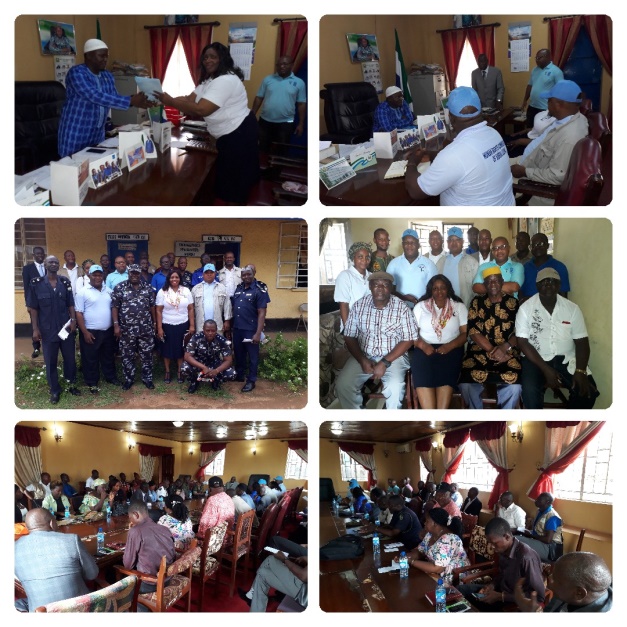 The Commissioners are undertaking a human rights outreach to the regions so that the populace gets to know the new policy drivers of the country’s human rights architecture and their vision for human rights in the country.

The tour is also for them to have a sense of the prevailing human rights challenges across the country and how they can be best addressed in fulfilment of the mandate they have set themselves to implement as enshrined in the HRCSL Act 2004.

It also gives an opportunity for them to interface, share experiences and practice directives with relevant interlocutors and key stakeholders engaged in human rights work in the regions.

It would be recalled in September 2018, following a public notice from the Office of the Attorney General and Minister of Justice; commenced the legitimate process of the recruitment of five Commissioners for the Human Rights Commission of Sierra Leone. A selection panel was set up in which five out of seven candidates were appointed by the President. The five appointees were  later approved by parliament to be followed by an oath of office before the President.

The outreach/regional tour continues in Moyamba, Bo, Kailahun and Kenema respectively in the coming days.