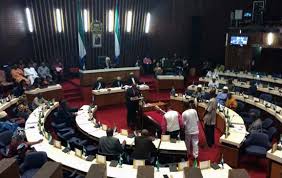 The Parliament of Sierra Leone has on Thursday 11th April 2019 debated and unanimously approved the Thirty-Third Report of its Committee on Appointments and the Public Service, chaired by the Acting Leader of Government Business, Hon. Mathew S. Nyuma.

After approval, the Presiding Speaker of Parliament, Rt. Hon. Segepoh Solomon Thomas congratulated the nominees and wished them well in pursuit of their various appointments.

Seconding the motion, the Leader of NGC, Hon. Dr. Kandeh Yumkella called on the nominees to do well in their appointments and observed that Parliament had approved over 200 nominees to serve as change agents for the attainment of policies and programmes embedded in the New Direction. He also said that “it will not be business as usual”, and called for effective and efficient service delivery in the areas of water, road construction and agriculture. He called on Mr. Bangurah to remain apolitical in the discharge of his duties, particularly noting neutrality and the need to urgently solve some of the teething issues that are plaguing the Political Party Registration Commission.

Hon. Hindolo M. Gevao of SLPP recognized Prof. Gevao for playing a leading role in the development of the health sector in the country, adding that “his nomination is never a mistake by President Bio”. He also described Mr. Lamboi as “a committed and focused person” and encouraged him to emulate his predecessor for the work he had done for the improvement of the correctional centers across the country, adding the all the nominees are “competent and qualified” for the positions to which they have been nominated by President Bio.

Hon. Alusine Kanneh of SLPP and Chief Whip of Parliament said that “I have no doubt that Mr. Lamboi will do the necessary things to improve the conditions of inmates in the correctional centers”, and called for the protection and maintenance of their human rights. He also informed the House that “the conditions of prisons in Norway is far better than most houses in Freetown”, and recognized the work of “Legal B” in Kenema whom he said the people in that part of the country had wanted to reward him with a mayoral position.

Hon. Mohamed Bangura of APC described the nominees as “competent and qualified” for their appointments and called on Mr. Bangurah to review the PPRC Act for enactment by Parliament to strengthen its mediation role with powers of enforcement.

Hon. Lolloh Tongi, an Independent MP from Kailahun commended President Bio for recognizing and appointing competent and qualified “Kissi sons” to serve in high offices of State, adding “I am a little bit disappointed because there is no woman among this batch of nominees”.

Hon. Rebecca Y. Kamara of C4C described the nominees as “highly qualified” and called on the Government “to empower and provide the nominees with all the necessary resources to execute their duties diligently”.

In rounding the debate, the Acting Leaders of Government Business and the Opposition, Hon. Mathew S. Nyuma and Hon. Ibrahim Ben Kargbo respectively endorsed the nominees and encouraged them to do well in their various appointments for the development of the country.