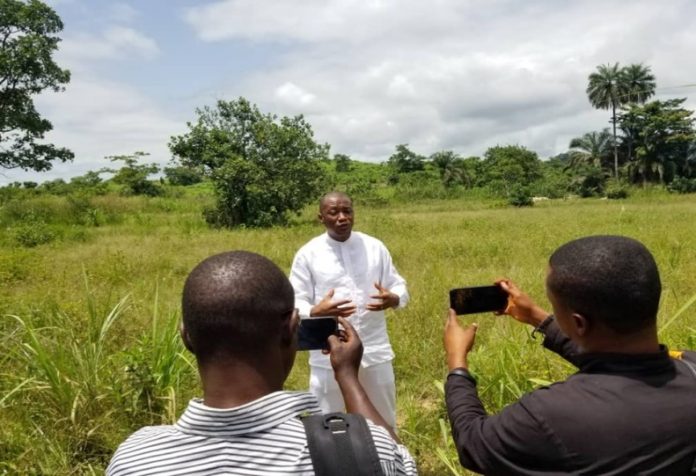 At least 6000 acres of land have been acquired in various areas in the provinces for youth to engage in agricultural activities, thus provide employment for them. 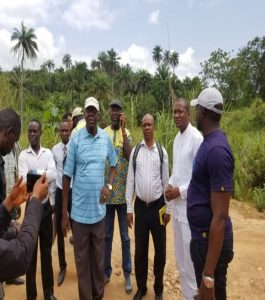 The Deputy Minister of Youth Affairs, Hon. Lusine Kallon, has led a delegation to champion President Julius Maada Bio’s New Direction priority in using agriculture as the backbone for the country’s economy.

As a policy directive, the Deputy Minister is currently on a nationwide tour in Kenema, Kono, Magburuka, and Kabala to establish Youth Farms.

In Kenema District over the weekend, the Deputy Minister and his team from the Ministry of Youth Affairs launched the Youth In Agriculture Project. The ceremony was graced by the Mayor of the Kenema City, His Worship Thomas Mbayo, the Deputy Minister of Lands, Housing and Country Planning-Rex Bhonapha, SLARI and Solidaridad representatives, the District Agriculture Officer and over fifty youth groups in the District.

In his short address, the Deputy Minister of Lands, Hon. Rex Bhonapha said using Kenema was deliberate because of the youthful population and harnessing those potentials required a strong political will which has been demonstrated today.

The Mayor thanked the Youth Ministry for using agriculture as a key strategy to discourage idleness among young people. He promised his unflinching support to the project in the entire District.

In Kono District, the Youth In Agriculture Project had secured 250 (two hundred and fifty) acres of land and 5000 (five thousand) acres of land in Tonkolili District.

In Kabala, the Deputy Minister and his team engaged stakeholders to establish 250 (two hundred and fifty) acres of land to kick-start the project.

Addressing journalists, the Field Manager, Frank Amadu Bio said they are impressed with the development in Masalia village, Masiaka town where the land has been cleared, harrowed and ploughed. He said Masalia will not only become a demonstration site but a place where different agricultural products will be harvested and made available in the market.