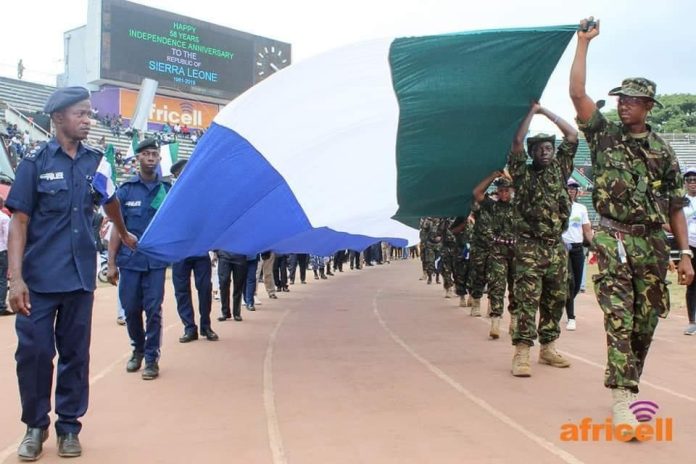 As we approach the 2023 general elections, there is a need to critically examining current trends in Sierra Leone’s political landscape from the point of view of ethnic politics and hate messages.

Against the background that Sierra Leone went through a vicious civil conflict between 1991 and 2002, which led to the brutal killings of thousands of innocent Sierra Leoneans, characterized by some of the most heinous crimes against humanity recorded in Africa this Commentary focuses on the political landscape of hate messages and ethnic/tribal instigation by politicians and their supporters between 2007 and 2020.

The central argument is that the trend of ethnic instigations and hate messages trending on Social Media by unfortunately supporters of the ruling party and the main opposition in Parliament has the potential to undermine State stability and likely lead to genocidal war if it is not managed properly.

Fact of the matter is that, the two major tribes supporting these two major parties harbour an attitude and practice of strong feeling of loyalty or bonds to their tribe that excludes or even demonizes the others who do not belong to that group.

This tribalism, which is generally linked by economic, social, or blood ties, usually with a common dialect and culture, prompts someone or a group of people to have a positive attitude towards those who are connected to them through kinship, family and clan, which directly or indirectly alienates them from people of other tribes who are not related to them by either kinship, family or clan.

It is known that selfish, ill-motivated politicians use the tribal narrative to divide people for political gains. Luckily, although ethnic identity remains a feature of the domestic politics of post-independent Sierra Leone, it was not a significant feature or factor in the 11-year civil conflict in the country.

More importantly, the interconnectedness between, and among, the various ethnic groups had always rendered deep tribal consciousness and tension irrelevant.

From this premise, it stands to reason that the issue of tribalism is fanned by selfishly motivated politicians to either gain political power or to remain in power.

Clearly, when political parties do not have convincing and practical solutions and messages for the electorate, they often use the “softer” option, which is ethnic or tribal manipulation. Unlike other civilized democracies where policies and programmes get people elected into political and public offices, in Sierra Leone, tribalism is the safe haven where unscrupulous politicians seek refuge during electioneering processes.

Fortunately, the people of Sierra Leone have always lived amicably together. There are intermarriages between and among the tribes and all the tribes are spread across the country.

However, the current mounting tension and tribal hate messages being spread through Social Media and other media outlets are serious causes for concern.

These are deliberate machinations by politicians to use the tribal narrative to further divide the country for political gains and political point-scoring.

A brief retrospective account of the ugly incidences that led to the genocide in Rwanda can serve as a quick reminder to all Sierra Leoneans in both political divides (SLPP and APC) that hate messages will not only further divide an already polarized country but can lead to serious consequences.

Much is already known about the genocide in Rwanda and how it started through the use of radio and the hate messages broadcasted. A semi-private media outfit, known as Radio-Télévision Libre Milles Collines (RTLM), which was launched in 1993, perpetrated violence through the messages that it broadcast.

This media outlet was owned by hardliners who belonged to the ruling regime, and who were ready to exterminate the wider Tutsi population in Rwanda. The messages spread on radio and television created a situation that advanced extreme hate messages, which were deliberately calculated to spread rumours against one section of the population.

By 1994, the radio station started identifying areas of Tutsi targets that could be attacked, hence paving the way for the genocide. The mere derogatory description of Tutsis as cockroaches reduced the humanity of the Tutsis in the eyes of illiterate Hutu population and spurred them on to a rampage to kill Tutsis.

Tying this with the current spate of hate messages perpetrated on Social Media in Sierra Leone and bearing in mind the level of illiteracy in the country, there is growing concern about the security and stability of the State.

These hate messages are not only undermining peace but are also serving as stimulants for the disintegration and breaking of relationships in an already badly divided and polarized society, based on ethno-regionalism.