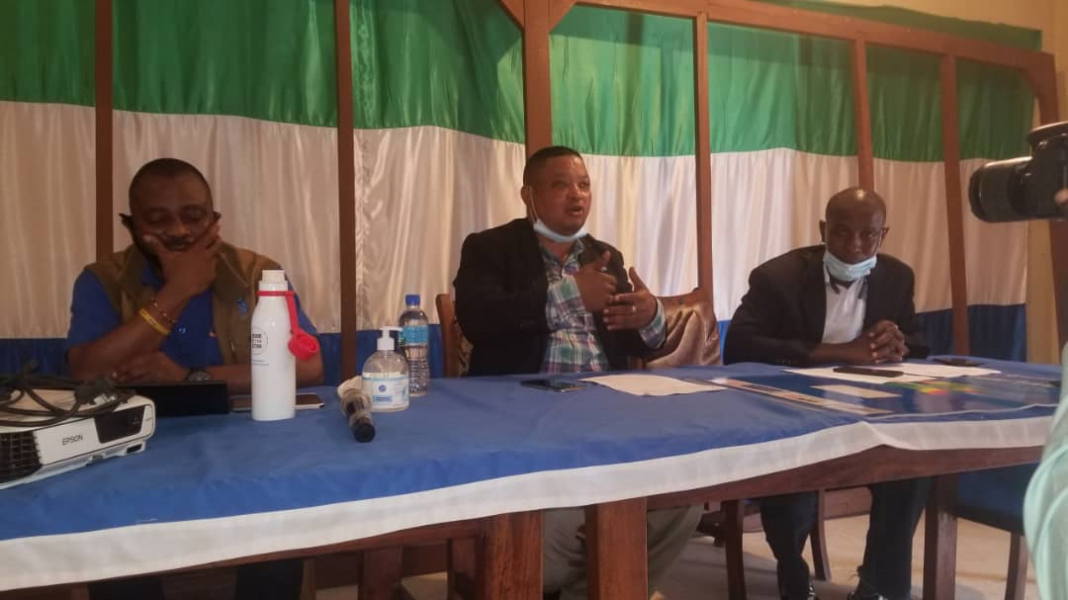 The Human Rights Commission of Sierra Leone (HRCSL) is jointly conducting a training exercise with the Office of the Vice President with support from UNDP for selected Companies in Pujehun and Moyamba Districts.

The training of company officials and stakeholders in Pujehun and Moyamba Districts started in Bo City on Wednesday 26th August 2020 and will end today Friday 28th August 2020.

Participants were drawn from VIMETCO, Sierra Rutile, SOCFIN and  Natural Habitat and they include workers, security personnel, Mammy Queens and other key community members from the two districts where the Companies operate.

The training is on Conflict Prevention and Mediation, Business and Human Rights, Prevention of SGBV & Protection of Women’s Rights within Concessionary Areas.

The Oversight Commissioner for Monitoring and Research Commissioner, Dr. Gassan Abess, noted  that the concept of Business /Human Rights is still in its emerging stage and has propelled the need for consistent capacity building engagement for all stakeholders involved.

Commissioner Dr. Abess said the  Commission has not only been building the capacity of its staff, but saw the need for engaging all companies and other stakeholders, which he said has become a major concern for the Commission.

He said baseline studies conducted by the HRCSL and  consultations carried out by WFP, UNDP and CSOs have justified the need for robust training for companies in their dealings with members of host communities, especially so when looking at the situation of women as they are most often prone to discrimination and other sexual and gender based violence practices.

“The activities carried out by these separate entities clearly brought out the fact that all companies contacted have little knowledge on the subject of Business and Human Rights and the issue of monitoring and compliance is predicated on the knowledge base of the parties involved,” he stated.

In Malen and Makpele Chiefdoms in Pujehun district, the palm oil companies of Socfin, a company from Luxembourg and a subsidiary of the French Bollore group and Natural Habitat, a Dutch Company, together occupy 14,669 hectares of prime farming land.

In Moyamba District, the Australian owned rutile mining company Sierra Rutile-the second largest Rutile Company in the world-has a mining lease of 56,000 hectares spanning across the three chiefdoms of Bagruwa, and Lower and Upper Banta.

In Dasse and Lower and Upper Banta Chiefdoms in the same district, the Romanian Bauxite (aluminium ore) mining company Vimetco operates a 32,100 hectare mining lease. Rutile and Bauxite mining is highly environmentally destructive, contributing to the contamination of water resources, flooding and damaging of lowlands that communities use for agriculture. 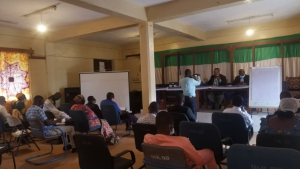