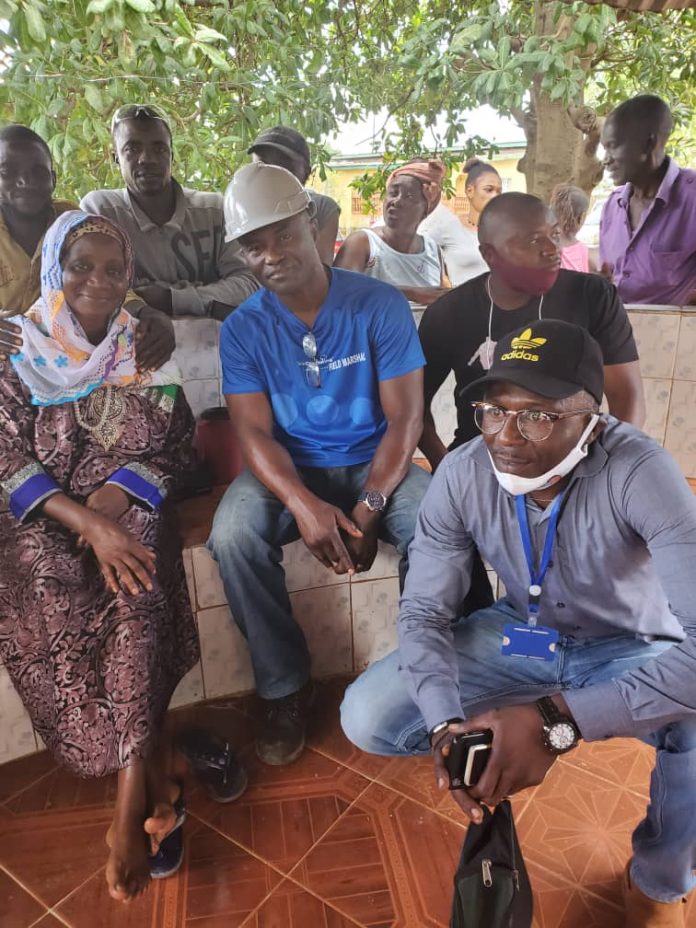 Dr. Denis Sandy is indeed one of the most efficient and effective Ministers in the New Direction Government of H.E. Julius Maada Bio. It is therefore pretty easy to understand why he is the subject of so much calculated vilification from the opposition.

If you are the Minister in charge of a Ministry which has a tradition of elevating corruption to the skies and you want to bring it down to earth, you have to be prepared to ruffle a lot of feathers. Dr. Sandy is not a man who hesitates to ruffle feathers. In fact you could say that he is a man who savours ruffling rough feathers that are soaked in sin!

However thick or colourful the wing of the corrupt this is one Minister who has the right clippers and he uses them to great effect. Minister Sandy can talk the language of Saints but he also knows when to stand up for the poor!!

From private individuals to public institutions, those who flout the laws of the LAND are never allowed an inch of space to stand on.

Before Minister Sandy took office, space was sacred and nothing was spared. Not private lands, not school grounds. Not even church land. Institutions like Fourah Bay College and Milton  Margai had been partitioned and physically swallowed by Land Grabbers who never hesitated to butcher the ground and allot themselves large swaths, sometimes through the direct connivance of crooked officers who were supposed to protect the very spaces over which illegal sales they presided.

Now, it is a different story altogether. The field day is over and the Kapu Kapu  ‘Kalabantay’ tactics has been shattered. Everywhere the crooks are crawling for cover as the rightful owners of lands long gobbled up are now getting back their long overdue dues in the most fair and transparent drive to restore sanity in a sector that had gone totally bunkers for so many decades.

You want to know about ‘a working day in the life of Minister Sandy’?  Well, don’t go to his office!. For example on the 7th August 2020 ,like so many days, the man only went in there to align his administrative duties to his obligatory routine. Soon after the usual congregational prayers in which members of the Ministry piously participated, the Minister has just stepped out in front of the gates and he is heading for work outside of the office enclosure! Fortified with the Holy Spirit and filled with bliss, he stepped out in his usual confident style, tieless and coatless. Just one modest man navigating around the people he loves to serve!

And if you should stay with me as I tail this small convoy through the city and on to the nooks of the far-flung edges, together we may begin to understand why those who mean no good for Salone cannot stand the style of this pulsating bundle of sheer energy and drive.

He is breezing out of the gates now. Please follow me as I fly behind Minister Sandy into the many different plots of ‘Landing’ fields where passions are real and feelings are raw. The field where daring lies are documented and stamped with confident fakery and pretence is hard to detect. Just bring it on. Dr. Sandy handles it all with the calmness and dexterity of a post grad medical doctor as he surgically peels away the lie from the truth like a specialist trained to detect fraud and discover farce. On sorting out intractable land problems in Sierra Leone, Dr. Sandy is as good as gold!

Just on that day his very first act is to confiscate the signpost erected by SALHOC at Hill Station, by Al-Sheik drive, telling the management of SALHOC, in very clear terms, that that piece of land belongs to Government and that SALHOC has no authority to remove the signpost earlier erected by the Ministry of Lands. “Your business shouldn’t contradict my mandate”, was the summation of a firm straight lecture!

Before we know it, we are in Yams Farm where a group of professional Land grabbers have for long lorded it over that community. On hearing that Minister Sandy was on his way to assess the situation, the land grabbers disappeared and the documented owners are proud to come forward to affirm their claims. Everything is sorted, order is established and the community people are happy to go on with their lives.

Two hours down the line, we are at Crossing, just outside of Waterloo where another Land Grabber has quickly erected giant Roman Pillars on land that have been established by documented official investigations as belonging to someone else. These investigations were conducted by an expert committee comprising the Police and Ministry of Lands officers and the grabber reported to have been warned, several times in the past, to cease activities on the land but he ignored the warnings and went ahead with his plans.

What informs such wrong attitudes is the old corrupt practice that “once you build don, Nar talk normore Unu go talkan”.

But the players of that presumptuous game are now in trouble. There is a different referee in charge who is blowing the whistle very loudly on every single foul!

At York, there has been a long standing Land dispute between a pastor and stakeholders in that community.  The Minister was determined that the case should end in satisfactory smiles for all. His mission here is not just to settle a land dispute but to heal a community and restore the spirit of unity amongst a people not known for quarrels. The mission is a resounding success! All sides support the terms of arbitration based on the legal provisions.

We are now in Tokeh an amazing coastline resort on the very edge of the peninsula. One of the most exquisite places in Sierra Leone.

Here family members have been reported to be at loggerheads for years, soiling the serene atmosphere of that otherwise wonderful community. Documents are presented and examined. There is constructive talk within the family and with the family. It takes long enough but it ends well enough!

It is 6:30pm. Still the working day is not finished for Dr. Sandy and his team. But I must leave them to go on because I need to go elsewhere.

And now I would have to leave you with this tinny situational snapshot: in a country where land ownership is so very contentious and where every square inch is fought over again and again, where highhanded corruption had been the strangulating order of things, where truth had been suffocated and rights confiscated, it is very refreshing to see a Minister taking his work into affected communities to right wrongs.

It is highly commendable to see a Land Minister with his boots firmly planted in the dusty ground!