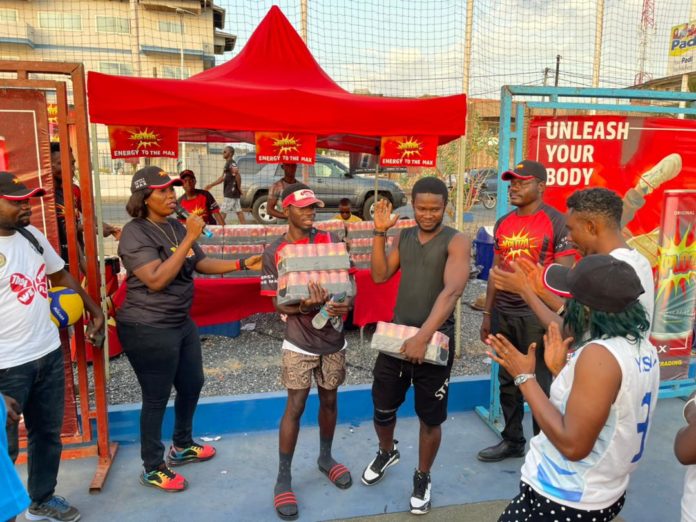 During a well-attended final encounter, held on Saturday 7th May, 2022 at the Sports Zone on Aberdeen beach in Freetown, the Young Stars Volleyball Club, both male and female categories, emerged as the winner of the Xploza Western Area Volleyball Competition in a 3.1 game.

The Xploza Western Area Volleyball Championship competition, which started on the 23rd April 2022 at Old Skool, in the West End of Freetown, was organized by the Western Area Volleyball Association and sponsored by Xploza Energy Drink, one of the products of Premium Divine Trading Limited during which various clubs participated.

It was all celebration for the players after winning  the trophy which they have missed in the past championship competition to Super Six Volleyball Club as tears of joy were rolling down cheeks unlike player of the  12% Volleyball Team who were defeated.

Speaking on behalf of the Western Area Volleyball Association, the Secretary General of the Association Karifa Kello Thoronka expressed gratitude to Premium Divine Trading Limited, through its Xploza products, for their timely support towards staging or organizing the competition which he commended for successfully ending.

He also applauded all the teams that participated in the competition and wished them better luck next time.

The Secretary General informed the gathering that the undisclosed prices would be distributed to the teams during the sport night, which the association will organize as that has been the normal tradition.

The Marketing Manager of Premium Divine Trading, Madam Isha Bangura, revealed that they supported the volleyball competition  out of the conviction that such will help promote a lesser known sporting discipline in the country.

She intimated that Premium Divine Trading, as a responsible company, thought it fit to support the Xploza Western Area Volley ball Competition 2022 as part of its marketing campaign platforms or strategies and to support the development of volleyball in the country.

Madam Isha Bangura concluded by appealing for all to always buy Premium Divine Trading Company Ltd qualitative food products especially the Xploza Energy drink because it is rich with all the necessary nutrients needed by the body.

She also used the opportunity to inform all that Premium Divine Trading Company Ltd also distributes and markets, Onga, Cowbell, Kremela and Yumvita which is an infant cereal with milk also consisting of wheat, rice and maize and wheat variants.

The Marketing Manager concluded by calling on other business entities to render more support in order to ensure that volley ball is taken to a higher height within the sporting landscape of the country, adding  how volleyball  has had less attention from business houses and individuals, also registering their commitment to support volleyball at any time the need arises.

On his part, the Head Coach of Young Stars Volleyball Club, Ibrahim Totor Koroma, stated that he was confident of winning the Championship because the team has been training very hard for the competition bragging that the Young Star team is one of the outstanding teams in Western Area in terms of Volleyball.

John Kamara, the team captain of Young Stars revealed that both the Male and Female team has been doing extremely well in the previous years stating that it is not a surprise to the spectators for seeing an outstanding performance by the team.

The Coach of 12% Volleyball Club, Abdul Razack Kamara, mentioned that their aim was to win the Championship trophy, but it is because of technical error that affected the entire team during the competition they lost. “It’s a disappointing loss, it hurts but we will do better next time,” he said.

Climaxing the event was the distribution of the Xpolza Energy Drink as prizes to the 1st 2nd & 3rd winners by the Country Manager of Premium Divine Trading Ltd, Kenneth Konuah. 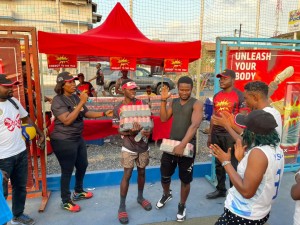 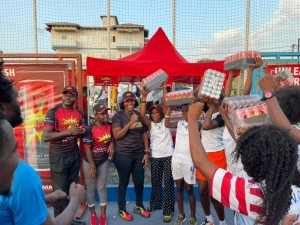 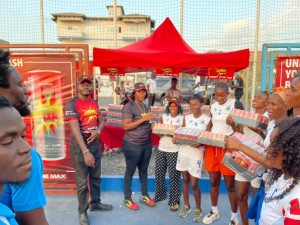