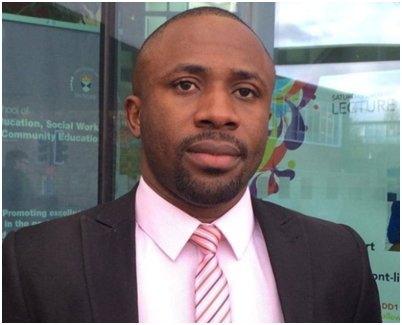 The Legal Link has stated in a Press Statement of 10th August, 2022 signed by its Executive Director, Rashid Dumbuya Esq who was a former Commissioner for the Human Rights in Sierra Leone, that it has been following keenly the events of August 8, 9 and 10 and unequivocally condemns all killings that have taken place both on the side of the protesters and that of the security forces and appealed for calm and restraints on both sides.

The rights-based organization maintained that in such a difficult moment in our nation’s history, it wants to remind citizens, security forces and all stakeholders in the country of the need to pursue peaceful solutions, de-escalate tensions, restore normalcy and embark on constructive engagements for the betterment of Sierra Leone.

It continued that while they applaud the interim measures that are currently being put in place under the supervision of the Vice President, it is important to however emphasized that it is the President of the Republic of Sierra Leone that the 1991 Constitution conferred with enormous powers to deal with situations that poses imminent threat to the peace and security of the whole of Sierra Leone or a part thereof.

Referencing Section 29 of the 1991 Constitution as an example, Legal Link stated that the President is empowered to declare a state of public emergency, impose curfew and even restrict the movements of people in a bid to address any imminent threat to the peace, security and health of the nation.

According to the organization, it is against that backdrop that it is appealing to the President of the Republic of Sierra Leone to address the nation and where practicable shorten his vacation trip and return home to deal with the pending crisis situation.

It pointed out that in such a challenging time as this, the need for outright display of humane leadership that looks beyond the horizon in search of smart solutions to dealing with the myriad of problems faced by Sierra Leoneans is key to enhancing peaceful, inclusive and sustainable outcomes.

LEGAL LINK said it is of the firm belief that the President must, in action and body language, show that he is in control of the country while on the other hand displaying empathy over the socio-economic hardship currently experienced by Sierra Leoneans in the country.

It went on to suggest that furthermore, the President must also ensure to seek out for smart, sustainable and inclusive ways of addressing the growing concerns of the public going forward.

The organization said while they condemn all rhetoric to foment violence within, they make bold to equally assert that such rhetoric can however be dissipated if Governments can promptly address socio-economic hardships when they occur, create the enabling environment for the enjoyment of fundamental human rights, such as free speech, freedom of Assembly and Associations and expression of dissent and criticisms without any clamping down or muzzling of such rights by the Police.

LEGAL LINK urged all Sierra Leoneans to stay away from violence and destruction of properties and to further desist from taking the law into their own hands.

It stated that resorting to violence can never be a rightful and sustainable way of addressing socio-economic hardships and human rights concerns faced by citizens in any nation.

“As a democratic society, the electioneering process affords the best opportunity to holding a democratically elected Government to account; and not through violence means,” the Organization stated.

With regards the security apparatus, the organization called on the joint security forces that have been invoked under MAC- P to display democratic policing and further de-escalate the tensions as they seek to restore law and order as well as execute their lawful duties throughout the country.

Legal Link stated that no doubt, the eyes of the international community are widely open to Sierra Leone at this time and it is but prudent that all sides try as much as possible to exercise restraint going forward.

It concluded by asking God to save the country from instability praying for all the souls lost in the crisis to rest in perfect peace.