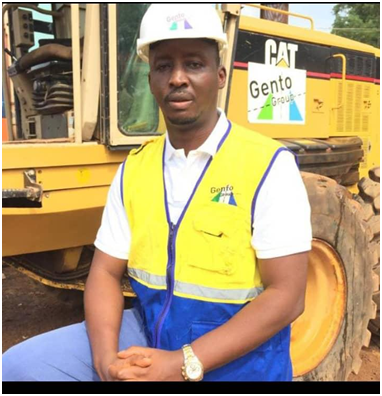 The lack of employment opportunities vis-a-vis high cost of living affecting the vast majority of young people has become so accentuated to an extent that some of these unfortunate young people  end up taking to Commercial Bike Riding with the avowed objective of making ends meet, taking care of responsibilities and refraining from unacceptable ways of living. Though some have questionable characters, however, others are serious regarding the trade as an employment through which they must survive.

Approximately, One Million Two Hundred and Fifty Six Thousand (1,256.000) young people are currently engaged in commercial bike riding across the city of Freetown. Some are ambitiously looking forward to move to higher heights and would therefore grab any golden opportunity to channel their concerns with the expectation that they could be well addressed.

During a one-day engagement with commercial bike riders in Freetown, including its Executive Body, the leading aspiring contestant for the Mayoral Seat of the Freetown City Council, Mohamed Gento Kamara, popularly known as Gento patiently listened to a litany of concerns expressed.

Explaining their challenges to the business tycoon and humanitarian philanthropist, Mohamed Gento Kamara, the bike riders said that since the youthful population are playing important roles in national development they must be supported but rather lamented that they are being discriminated against and harassed by the Sierra Leone Police and Traffic Wardens.

The commercial riders further appealed to the Mayor-in-the-waiting that their association and members need financial assistance to complete their office Secretariat which they started few months ago, and to also access micro credit loan facilities so as to avoid the loaning of bikes at huge interest rates.

“Our numbers are key considering the voting population in the country, therefore we need to be considered equally like any other development sector,” the riders affirmed furthering that they are willing to vote in Mohamed Gento Kamara as the next Mayor, adding that they had benefited a lot from the road constructed project championed by the Chief Executive Officer of the Gento Group of Company.

Many of them expressed the view that the life span of their bikes will be lengthened if there are better roads for them to ply their trade.

Responding to their concerns, Gento pledged his full support to young people involved in commercial bike riding and admonished the riders that the only way to succeed in life is by living a disciplined and responsible life. He said that to be candid he will not be able to singlehandedly address certain issues raised but collectively they could be in positions to move mountains.

He also acknowledged the fact that bike riders have the responsibility to take people from one place to the other, and assured them that he understands their problems as well as the challenges in the city.

Gento pledged to donate 10 bikes as a start to the association and also vowed to assist them in completing the unfinished office structure. He maintained that if he is voted in as the Mayor, his administration will be very inclusive and will ensure that their challenges are addressed and will make the association part of the city transformation

Gento is Determined to Change the Face of Freetown